I got a neat new toy to play with, a Caldwell Ballistic Precision Premium Chronograph. Yesterday was the first time I ever played with it. I had a blast and learned a lot. Some of it I did not want to know, some was great but my precious Underwood 460 Rowland ammo came up short. A big thanks to Deputy Chris H, of the Lenawee County Sheriff’s Dept for hooking me up with this gizmo. Let’s see what happened.

The Caldwell Chrono. Tested against 2 known weapon/loads it seemed right on the money.

Setting Up: I read the directions and did what they said. I sat the chrono 13 feet in front of the muzzle. The directions said 12-15 feet. We could not get the IR to read so we went back to the plastic shades. I then tested the accuracy against a known load/pistol. My Springy 4 inch Service Model XD with Hornady Critical Defense 115’s were nearly a perfect match and Remington Golden Saber 124’s were very close. I believe the Caldwell to be accurate.

The XD with Genuine Rowland Conversion.

This article will show you what the 460 Rowland did. It is a Springfield XD Tactical 45 with a Genuine Rowland Conversion Kit. The barrel is 5.5 inches long and comped. I use a 24 lb Wolf 1911 spring and a Springer Precision guide rod. That’s all there is to know about the weapon. It’s a sledgehammer…but not the hammer that Underwood claims on the boxes of ammo. I was disappointed and wrote them already about this. I’ll post whatever they have to say when I get a response. Incidentally the 9mm Underwood came up short too until you got into a 10 inch barrel. That’s another story though.

Underwood 185 Grain HP: A Nosler Jacketed Hollow Point they claim is 1575 fps with 1019 lbs Muzzle Energy, below is what it really did.

So, you can see they came up short…like I said this is my first day chrono’ing…Is that normal? Is it “close enough”?? I was a tad disappointed, it’s not like it is weak but not one got near the published speed. The purpose of this is too generate some feedback. If you know a lot about this please chime in and tell us what you think. I sure don’t claim expert on this topic.

Underwood 230 Grain HP: A Nosler Jacketed Hollow Point they claim is 1400 fps with 1001 lbs of muzzle energy, below is what it really did.

Too me 83 fps/116 lbs ME seems like quite a bit to be coming up short…that’s why I would like feedback from the people who know.

Underwood 255 Grain HCFP: Underwood claims 1300 fps with 957 lbs of muzzle energy, below is what it really did.

Now this one is only a touch slower than what they said. I was pretty happy with this one.

Well….I guess that’s it. All 3 came up slow and 2 of them I felt were overrated quite a bit. Let’s hear from people on this and tell me what you think. Should I be disappointed or was this pretty normal with factory claims and what it does in real people’s guns?? As always thanks for reading and train often.

8-19-16 Update: Heard back from the good folks at Underwood and they were very helpful. I’m going to reshoot the Rowland on a cloudless day. I had storm clouds rolling in and out with very high humidity. So as soon as I can we shoot again. Thanks Underwood, our correspondence is below.

Hi, I’m a staff writer at TGR. I’ve talked up your ammo in several of my articles now. Today I spent the afternoon chrono’ing various loads including 2 or your +P+ loads and 3 460 Rowland loads. All came up short of advertised speeds using a 4.5 inch xdm and 5.5 inch 460 R. What guns are you guys using to come up with these speeds? I was up to a 10.5 inch SBR AR 9mm before I got into the claimed speeds of the 115 grain +p+ load and no 460 R made it at all…..my point is with “normal” or at least guns you’ll usually see ppl shooting the ammo was falling short. If it were me I would not print 1400 fps on a box of 9mm if I had to use a glock longslide or AR to get it there. I would print speeds from average guns like the XDM or glock 17. Just wanted your take on the subject. I still think it’s good, accurate and economical ammo. Just was disappointed in the results. Thanks. Cary Kieffer

Cary, thanks for taking the time to write to us about this.
I had a chance to read your article, and I’ll just throw in a few points to start off with. The type of chronograph you’re using, add 10fps to your numbers if you’re standing 10ft away. I could go in depth about the variables that play with numbers on chronographing results, such as lighting, temperature, humidity, and making sure the chronograph/sensors/diffusers is 100% level, sometimes even different firearm systems with the same load will give you different numbers thanks to gas and rifling differences. None of these would attribute to misread of 50-100fps on their own, but things can add up quickly if/when they are compounding.
We’re using common firearms for our velocity testing purposes. For 9mm, we’re using a stock Gen 4 Glock 19, and for .460 Rowlands we are using a converted 5″ Ruger SR1911.
Your Rowland numbers are close enough that I would suggest re-visiting the test.
As far as your 9mm goes, I’m dumbfounded. Generally I can get 25-50fps over advertised velocities using my personal 4.6″. How far off were your 9mm numbers? I can offer to get your 9mms back from you to test them in our guns and with our equipment, we’re using a doppler type chronograph to eliminate some of our variables by the way. I would be eager to see how much they are falling short of advertised, and if we are to find something fishy going on with that lot, absolutely a replacement would be in order.
Eager to hear back from you, and I hope I was able to tighten up some of the discrepancy! 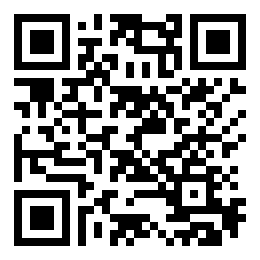