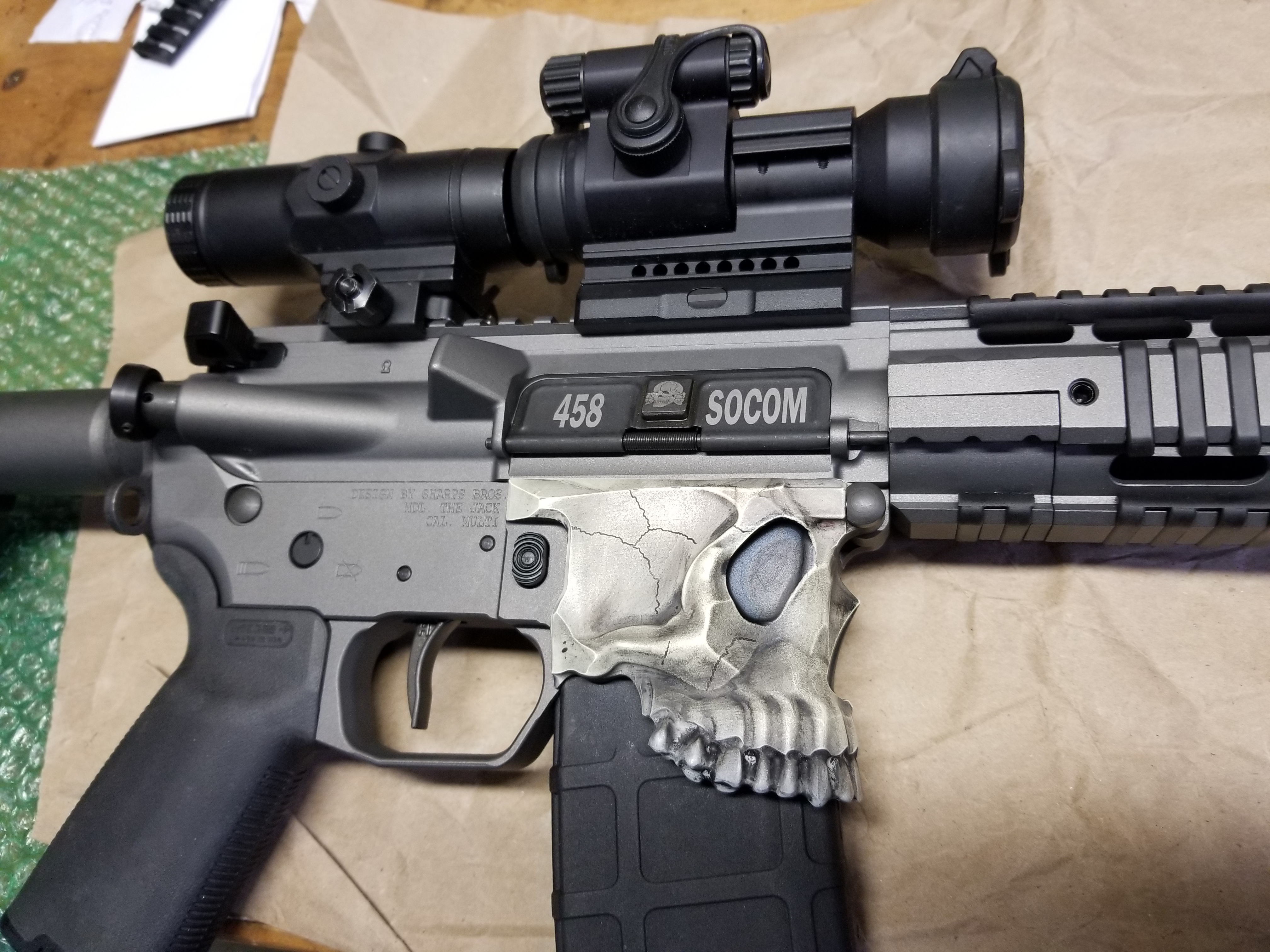 This is a brief look at a 458 SOCOM I built for myself. I love the thing, took me 2 years to complete because it kept getting backburner’d by other projects. Anyway, it’s done, runs like a Swiss watch, hits like a tank and is very accurate. 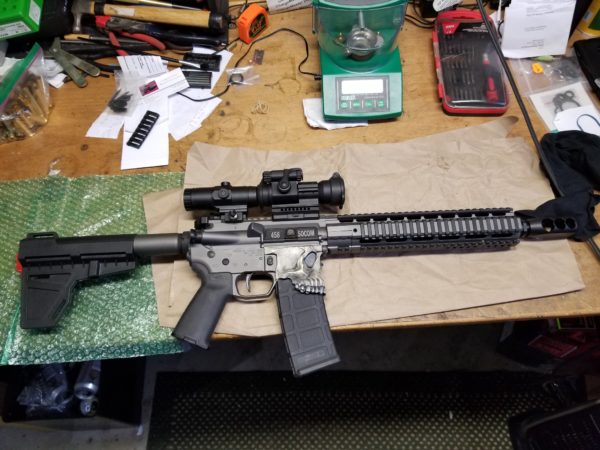 The Lower: I could have done this quite a bit cheaper but I wanted it to stand out, it does. A “Jack” skull lower receiver. I had the weapon cerakoted by Keebler Rockwell from Warlock Customs, he did a fine job. 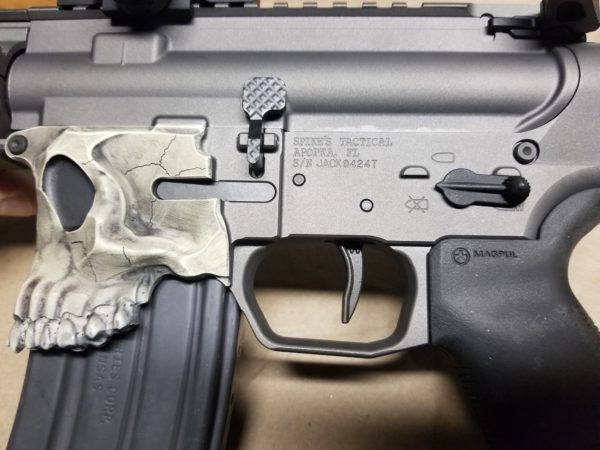 I built it as a pistol. When building for myself I have some stuff that’s just automatic. Rock River pins, buffer, springs and small parts, Seekins Precision bolt catch, Rock River Star safety and KAK Shockwave pistol blades. So those are all in there, I feel they represent some of the “best for your money” parts. The triggers vary for me but this one is a Hyperfire EDT 3. It has the bowed trigger and breaks nicely. They are sturdy and have a good solid primer strike. Obviously the Magpul MOE+ rubber pistol grip. That pretty much sums up the lower. No need for any special stuff, the SOCOM is supposed to run on a regular AR lower. 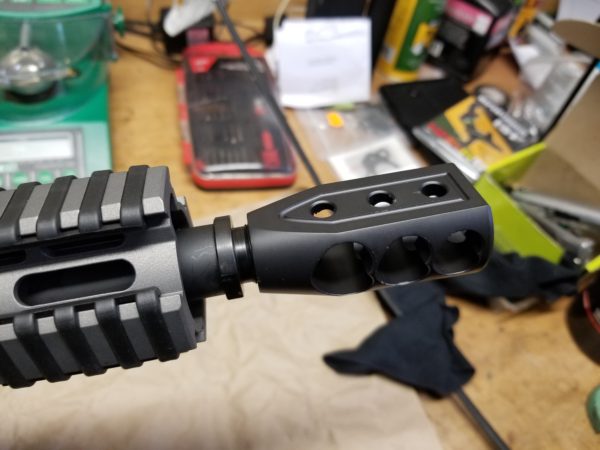 Timber Creek tanker style brake. The thing looks great and does it’s job. As far as brakes go it’s a bargain at $57. Contact the seller “pdarchery1” on ebay. Guys name is Pat and he has some great prices on these really nice brakes. All sorts of sizes too. 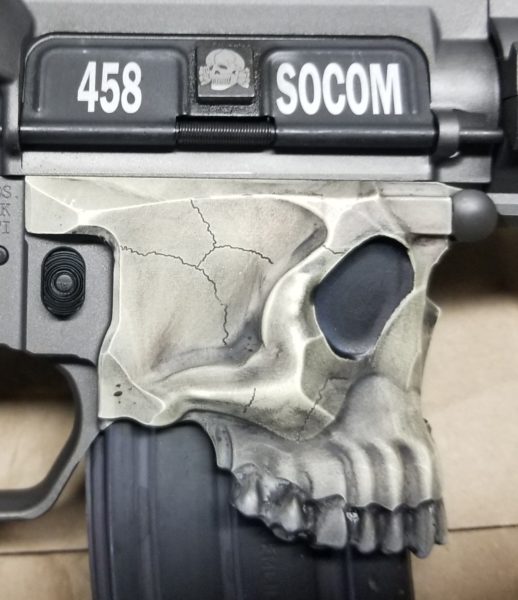 Custom dust cover and a close up of the skull

The Upper: I had my man James Garrison, from Johnsons Sporting goods in Adrian MI, just open up a regular Anderson upper to 458 size ejection port. He is a great Smith and all is well. Of course about 6 seconds after I bought an upper and then paid James, RTB had a sale on Aero Precision 458 uppers. Figures, anyway I bought a couple because once you have a SOCOM, you want another one. At least I do. So with my upper I bought an RTB nitride .875 gas block and pistol length gas tube. I used a TacFire 10 inch rail. These are Chinese but I’ve used 3 dozen of them and they are solid as a rock. Steel barrel nut, clamp on, good finish. There is just no reason to pay more. I love the things. 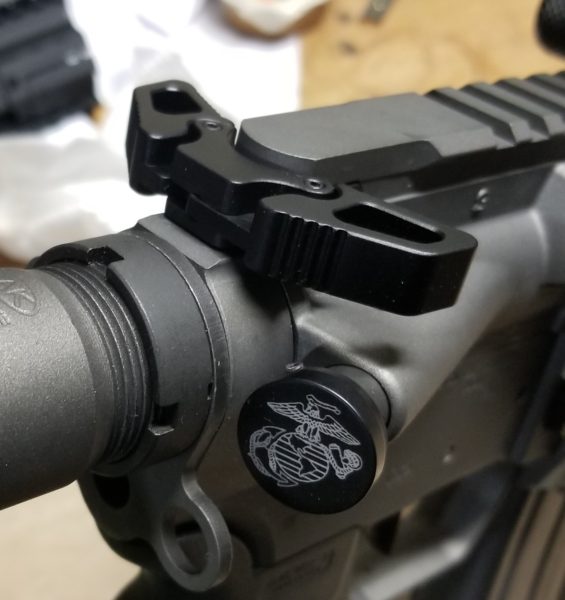 Off brand BCM style handle and a forward assist cover.

Now the heart of the gun. The 12 inch Tromix barrel. That baby just glows with quality. Everything was perfect. Feed, function and looks, the Tromix barrels are really nice. They come with a matched bolt and all you need then is a carrier and the firing pin, cam pin and firing pin retaining pin. What I did was just take a Toolcraft BCG (nitride) and swap out the bolts. Perfect fit. I finished off the gun with  Timber Creek tanker style muzzle brake and a thread adapter I got off ebay for $15. Last but not least a BCM style charging handle and a Aimpoint Pro. Unless I forgot something that’s the whole gun. I have been using regular old USGI aluminum mags. They work fine but I did want to get a Lancer and try that. For aesthetics only, the GI mags don’t really match the color, a nice black polymer mag would look better. 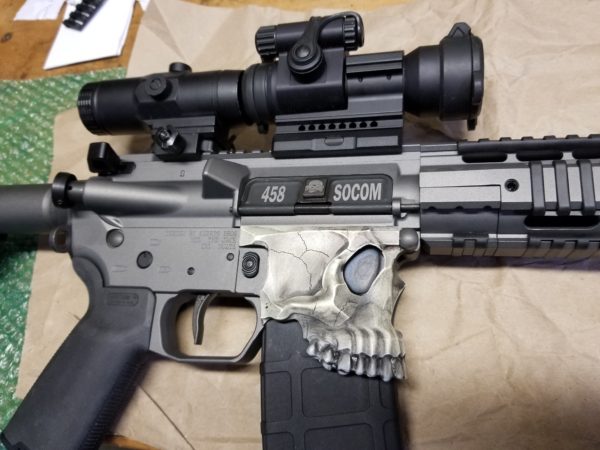 Like I said it’s been running like a Swiss watch. No failures of any kind in the first 350’ish rounds downrange. I’ve hand loaded every single round. I mainly shoot 405 grain Missouri HCFP’s but have messed around a little bit with 300 Noslers. After running several loads past the chrono I found out the opposite of what I had guessed would happen. the 405’s were faster than expected and the 300’s were slower. I’m using Starline cases, CCI Magnum Large Pistol primers and H110 for powder. (you get a huge fire ball 🙂 My plinking round is 31.5 grains under the 405. That’ll get you 1582 fps. I ran them up to 35.2 grain of H110, no signs of pressure in the primers, that got me well into the 1730 fps range. I don’t make a regular habit of shooting these but I didn’t see any reason you couldn’t. Just to go out and whack steel, 31.5 is plenty enough ass for that and it’s less beating on your weapon. When I go back north to bear country on quads trail riding, the hotter ones will be in the weapon. That load has every bit of the power my 500 Smith Magnum has. So it’s a beast stopper. 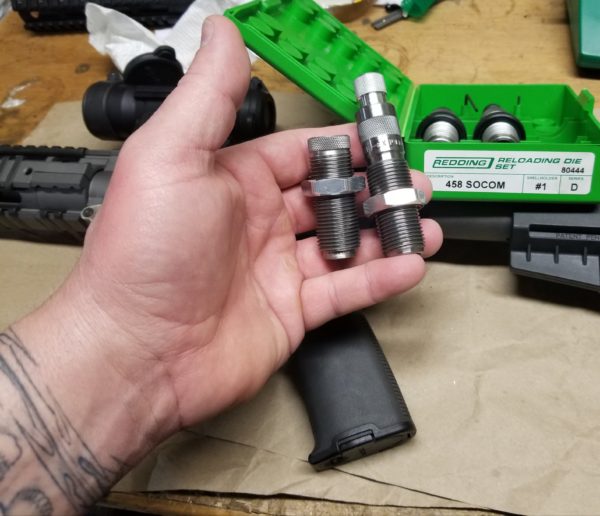 A little more on reloading get yourself a taper crimp die. Make sure you give it a pretty good crimp. I believe mine is a Lee. Oh and I bought an expander die too. Back to those Nosler 300’s. H110 isn’t moving them out that fast. I’m going to try some Reloader 7 and get back to you on those. 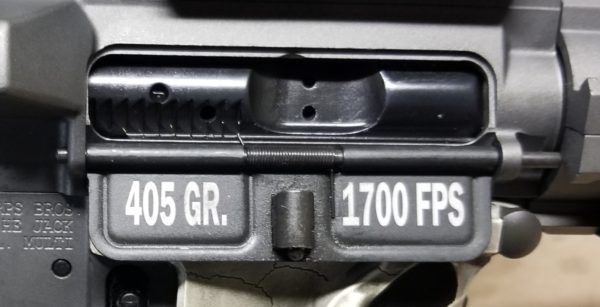