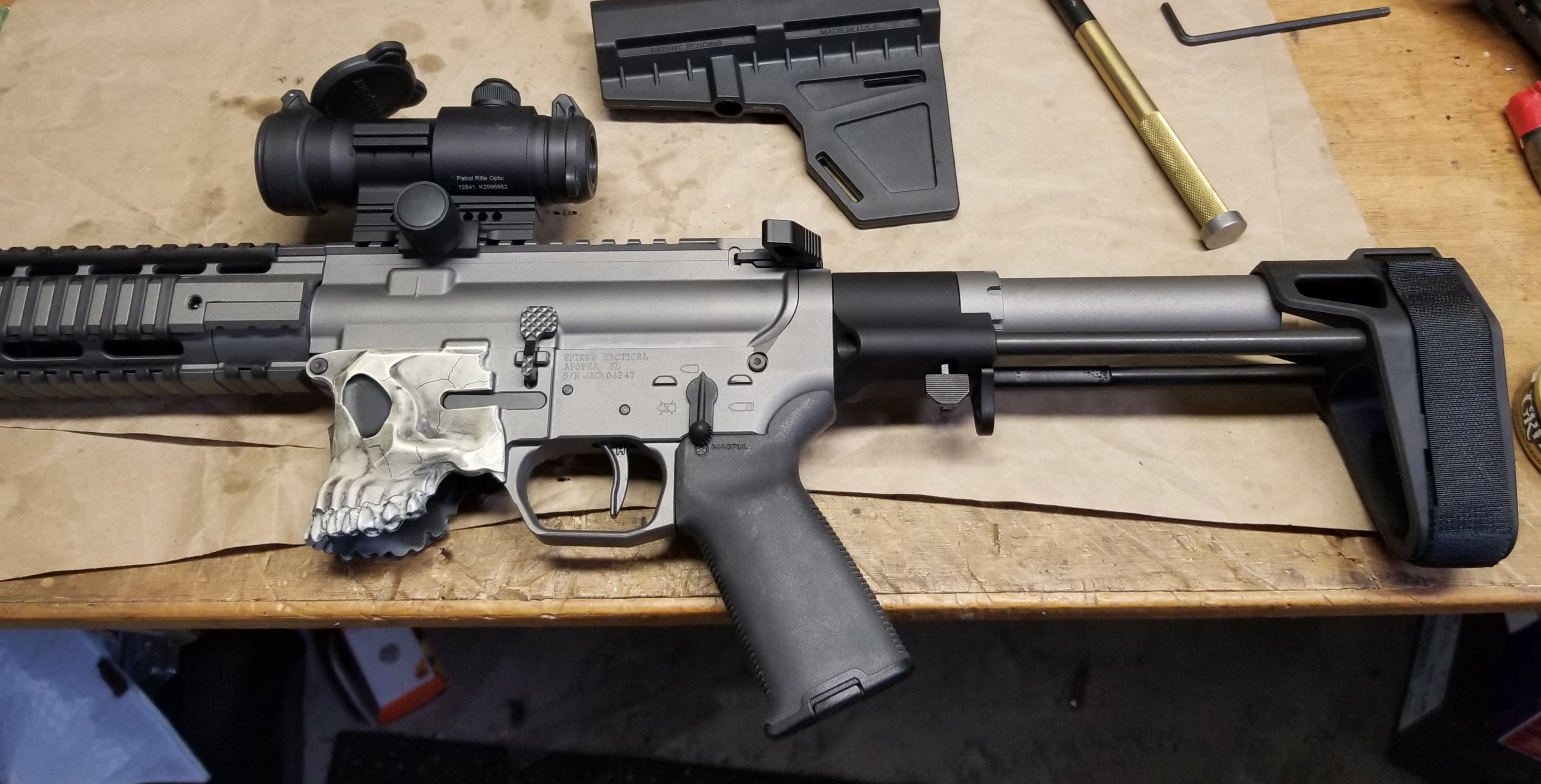 Ok, I put a couple hundred more rounds through the 12 inch Tromix barreled 458 SOCOM I built. The thing shoots great but we did have a small problem I fixed up today. 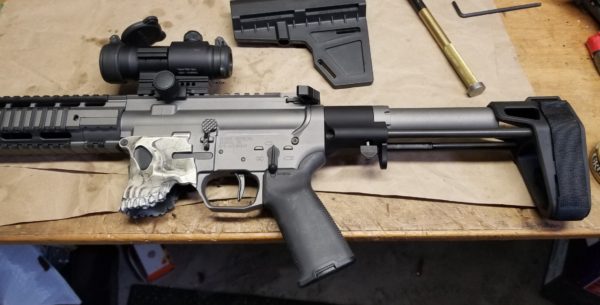 SB Tactical pistol brace fully extended. It has 3 positions. Very nice, I own a few now.

The 458 SOCOM has a little bit of jolt for the shooter. The set screw loosened up a bit and I fired a shot and the blade collapsed, the whole weapon came back and I took the charging handle right in the snout. Not gonna tough guy lie….that hurt! Put a nice gash in my nose and this was last week. It’s crusting over now, looks better. 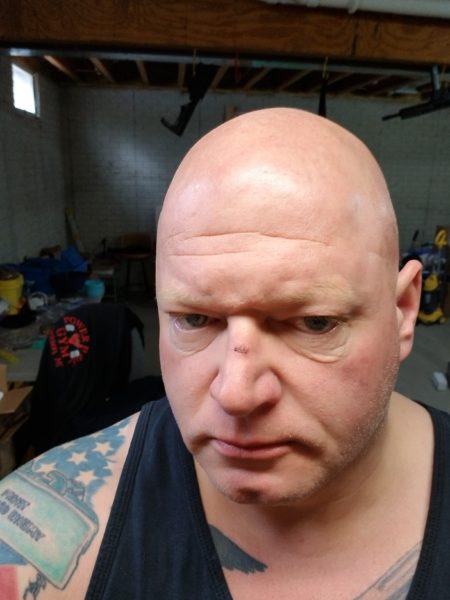 Right on the cartilage…man, that baby stung. Looks better now.

So anyway, the KAK buffer tube is gouged deeply. Not enough meat left there, this will just happen again. So I replaced it with the SB Tactical Pistol Brace. I’ve got several of these in use. They are rock solid, look nice, have 3 positions and best of all it’s rubber in the back, not super hard plastic like the Shockwave. 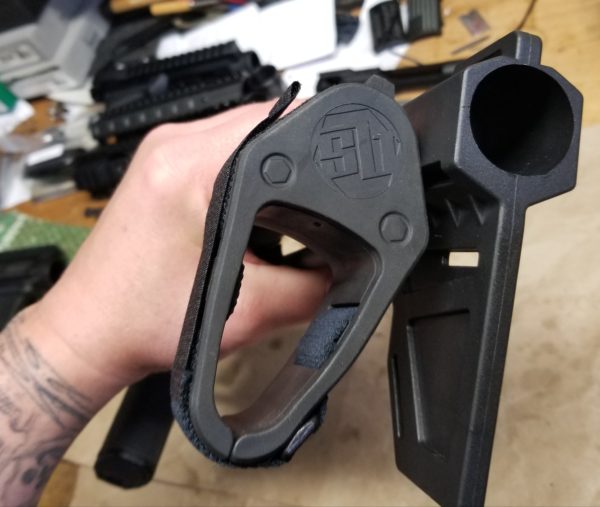 Rubber vs hard plastic and more surface area too. I think this was the way to go.

So come summertime and I’m back in a t-shirt with no coat to pad me from the SOCOM I think I’m going to appreciate the SB Tactical Pistol Brace even more.

Tore that tube right up. There’s enough there for a 5.56 or 9mm pistol recoil but not enough for another round of SOCOM.

So that’s about it…either loctite that baby down good and pray it holds…or be sure and go with the SB Tactical brace. The SB Tactical is by far my favorite style of wrist brace. It costs a little more but you get every pennies worth.

Thanks for reading and train often.