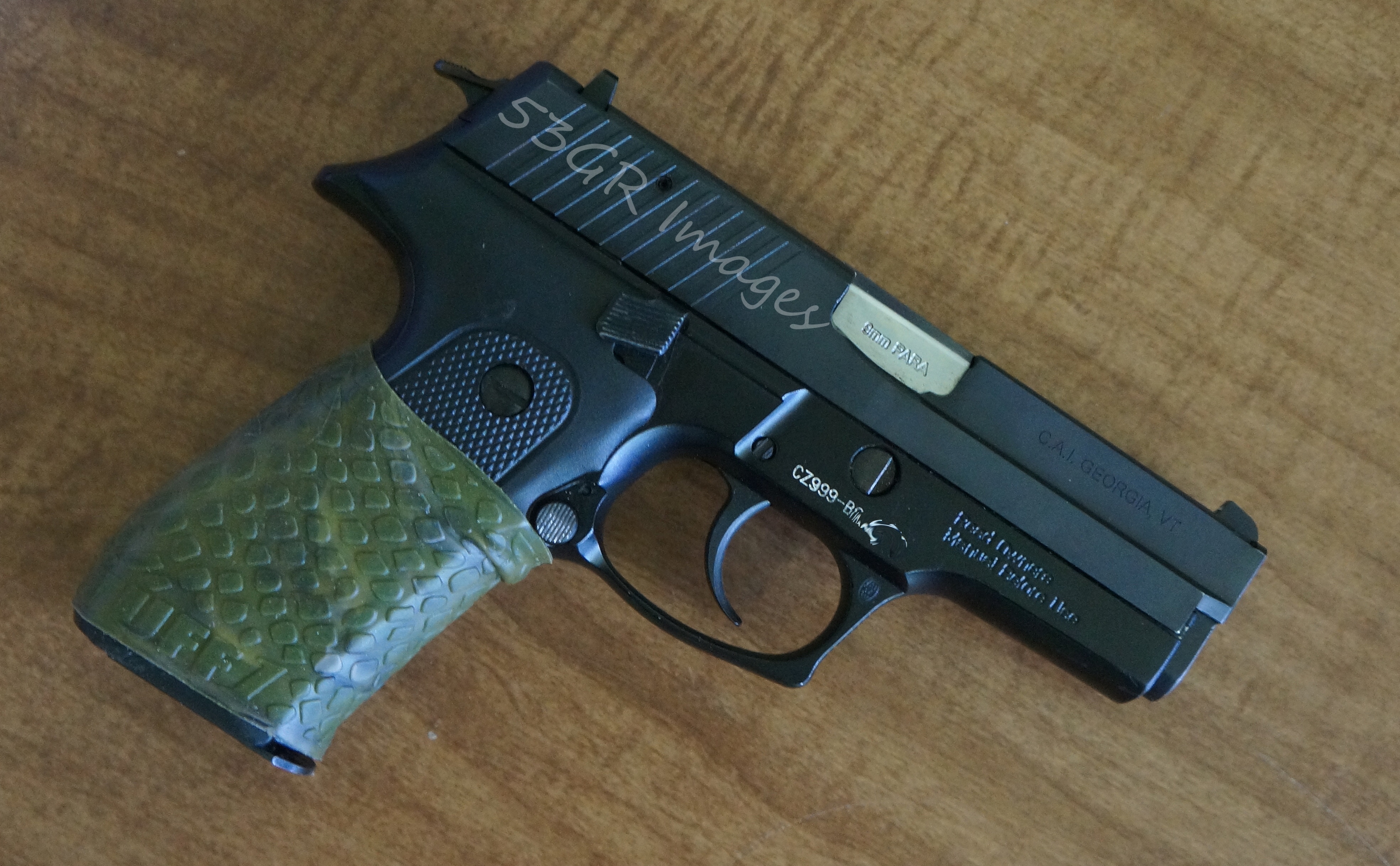 Unless you’re a connoisseur of Eastern-European weapons, you’ve probably never heard of the Zastava CZ999 Compact pistol. So out of all the pistols in the world, why did I choose this to replace my HK USP 9mm?

I’ve had excellent experiences with a wide range of firearms made by the Serbian company Zastava. As stated in a previous article, I’m a fan of Serbia. They produce good rifles, good soldiers (though my experience with this is limited to the contractors I knew in Iraq)  and good liquor.

My second rifle was a Serbian M48A, a Yugo copy of the K98K Mauser to feed it, a friend and I ordered  7.92x57mm ammo from Century. I won’t torture you by telling you the price we paid in 2002. Suffice it to say that we purchased 2800 rounds and I wish we’d bought ten times that amount.

My first semi-auto was an old M59/66 SKS, which I bought from Century Arms as well. It served me well for years, being replaced when I upgraded to AR-15s and AK rifles. I’ve used the sporter version of the Zastava M70B1 and look forward to seeing an import version of the Zastava M21, which I saw used widely in Iraq. So of course, I wanted to see how their pistols fared.

Enter the Zastava CZ999 Compact in 9x19mm, imported by the fine folks at Century International Arms. The first thing I thought when looking at it was, “Huh, looks kinda like a SIG P226.”

Though proud Serbians may want to deny the similarities, they are most definitely there. How similar are they? Well, you can actually take the slide off of a P226 and put it on the frame of the Zastava CZ999 Compact. In fact, the slide release and decocker functions will work fine. I have not tested to see if it will fire. 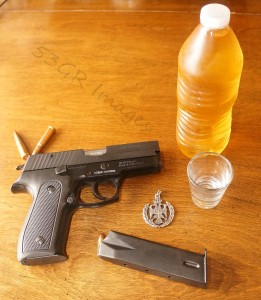 The Zastava CZ999 Compact next to some Prvi Partizan ammunition, a Serbian pendant given to me by a Serbian PSD contractor in Iraq, and a bottle of Slivovitz; homemade Serbian liquor.

Straight out of the box, it fired flawlessly. Accuracy was very good, though that’s not something I consider to be a huge sticking point. A combat-oriented pistol should be accurate, but is not the weapon you should use to engage targets at distance. If a threat presents itself at 100 yards while I’m carrying the CZ999, I’ll either shoot it with my rifle/carbine, or (if I’m not carrying one) run the hell away. That said, the groupings that the Zastava produce are quite good; comparable to those I produce with my SIG. The trigger on the Zastava is crisp and breaks well.

Now, I’ve got several friends interested in adopting this as their defensive carry piece. I’m not going to recommend it if I can’t be sure of its reliability.

Sweat test – The most common wear a defensive pistol will get will be from carrying it, inserting and withdrawing it from the holster, and exposing it to human sweat. Since sweat is basically salt water, this can lead to corrosion rather quickly. To start off the testing, I carried the Zastava almost every day, during the summer.

Now, I sweat a lot. I believe the operative phrase is like a pig, which is odd, since pigs don’t actually sweat. But I digress. I dang-near bathed the CZ999 in salt-water for a couple of months. No ill effect. I (and a couple of students) fired several hundred rounds through it with the only result being that I noticed some scratching on the handle where my wedding ring rubbed during fire.

The most destructive test I can think of is the wet sand/rock dust test. After thoroughly cleaning the Zastava to remove all traces of lubrication, I threw it down into the wet rock dust/sand that covers the backstops of a local range. I then covered it in sand and proceeded to stomp the pistol as though it had made a pass at my wife. There was no magazine in the weapon, allowing little chips of stone to get into the mag well. When I picked up the Zastava and inserted the magazine, I could hear crunching and grating. It sounded like nails on a chalkboard. I then proceeded to re-bury it and again, stomp it into oblivion.

To my disappointment, the weapon would not fire. The slide would initially not cycle. After pouring a bit of water on the Zastava, I got it to cycle and fire, though it often produced light primer strikes. So I locked the slide back, removed the magazine and poured water into the magazine well, then into the slide itself to try to flush out the debris lodged there. I was partially successful. So much grit was in the internals of the gun that I could actually see it in the water that drained out of the pistol. While the weapon fired, the pistol would cycle, but failed to lock forward.

Fearing that I’d actually succeeded in actually breaking a Serbian weapon, I took it home, disassembled it, and thoroughly cleaned it. I was amazed at the amount of sand and stone flakes that were still in the gun. I had to scrub it out with a brush and pick put some pieces with a dental pick. A particularly dirty area was the combination slide release/decocker. Extremely similar to that on a SIG Sauer P226, the Zastava’s seems to be a magnet for grit.

I removed all of the debris and lubed the pistol with Froglube. Though the slide shows significant scuffing and scratching from the abuse I heaped upon the pistol, the weapon functions just fine. I have since put hundreds of rounds through it without incident, including firing it underwater. You can see all of this in the video below.

So is the Zastava indestructible? No, but it’s a damn fine pistol, one that I regularly carry and have as a back-up to my beloved SIG. The similarities are such that I can operate the two using much the same muscle memory. With the reliability and accuracy that the Zastava has shown, I decided to have it replace my HK USP 9mm. Some of you may balk at the comparison, especially since the Zastava costs roughly half what the USP retails for.

Though I loved my USP, the thing was not very ergonomically setup for my smaller hands. With the Zastava, I can release the slide easily, whereas I had to adjust my grip on the USP in order to do the same thing. The two have the same capacity, have roughly the same accuracy at close-to-mid range, and are quite robust. The Zastava is more ergonomic, less expensive and more compact. Its smaller size allows for greater ease of carry and better concealability. The price point is important as well. I tended to baby my USP. As you see above, I have no hesitation about abusing the CZ999.

I carry, use, abuse and love the Zastava CZ999 Compact. You should too.