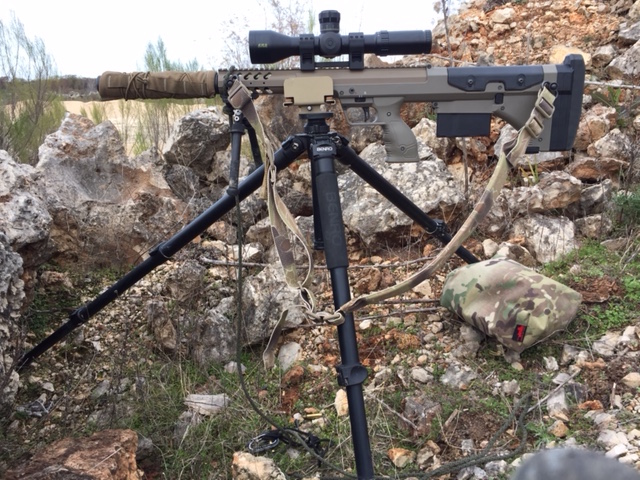 Today we’re going to take a look at the Desert Tech Covert. The guys at DTA were kind enough to let me borrow a Covert in 308 for a little while. 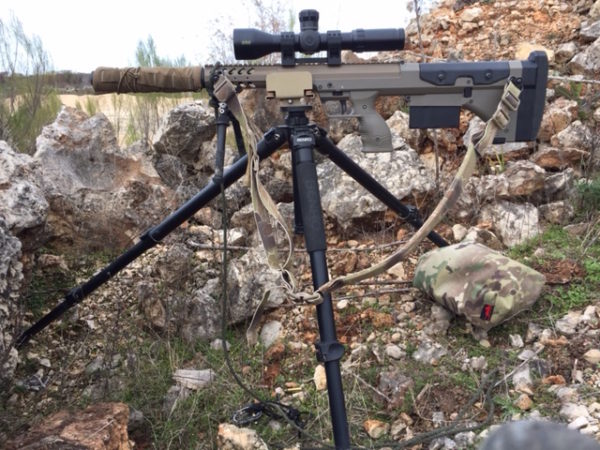 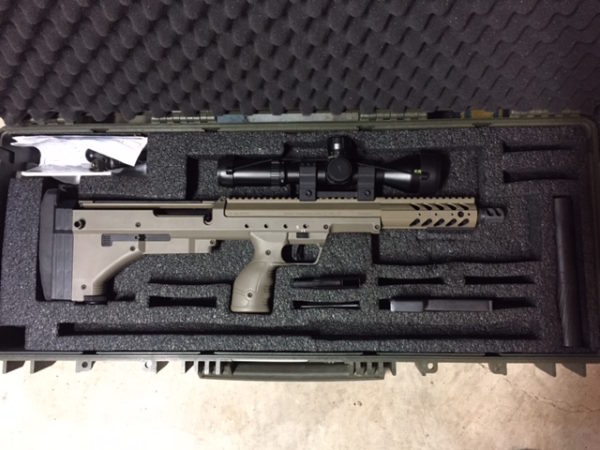 The rifle came as pictured fitted in a hard case. The layout was well thought out with plenty of room for the scope and bipod to fit. There’s a spot for a suppressor, spare bolt and barrel. Plus enough slots for magazines to accommodate two different calibers. So all in one case you can carry your 308 plus all the necessary equipment to completely swap to a different caliber.

One of the things I like to do when I get the chance to review a rifle of this quality is to read the owners manual. Since this rifle was such a departure from my normal Remington 700 pattern rifle it was nice to get familiar with the basic mechanics and torque specs. The Covert is unique in that it is a bull pup with a quick change caliber ability, with a basic torque wrench and a few minutes you can swap from 308 to 338 and wide variety of other calibers. Desert Tech offers 308, 6.5 Creedmoor, 260, 6.5×47, 300WM and 338 Lapua. They’ll even sell you their proprietary barrel extension so you can have your favorite gunsmith spin up a barrel to your specs. All you need is the correct bolt and magazine if your swapping to a magnum caliber. After pulling the barrel and skins to inspect the rifle (regrettably I did not get pics of this). I reassembled the rifle and re torqued everything to spec. One nice thing is the rifle does have a fully adjustable trigger for creep, weight and position, I didn’t bother making any adjustments to the trigger because it felt phenomenal. One of the problems that plagues a lot of other bull pup designs is a bad trigger, not an issue here.  Got the scope mounted up and installed the brake for the Thunderbeast Ultra 9 I would be using. Now I just needed a trip to the range.

Took a trip to to the range on a Saturday morning. The local range goes out to a thousand yards but first I stopped at the 100 yard line to zero. Got the rifle zeroed and ran some rounds over a magneto speed to get a velocity to plug into the Applied Ballistics Kestrel. Shooting 178 Amaxes out of a 16″ barrel and a 9″ suppressor speed averaged 2521fps with 11.9 mils needed to get to a thousand. Decided to do a bit of shooting some groups to get used to the rifle, it’s hard to describe but the recoil impulse and the way it handles is a bit different than other rifles I’m used to, best guess is the the balance of the rifle being a lot more centered than it is on traditional rifles. 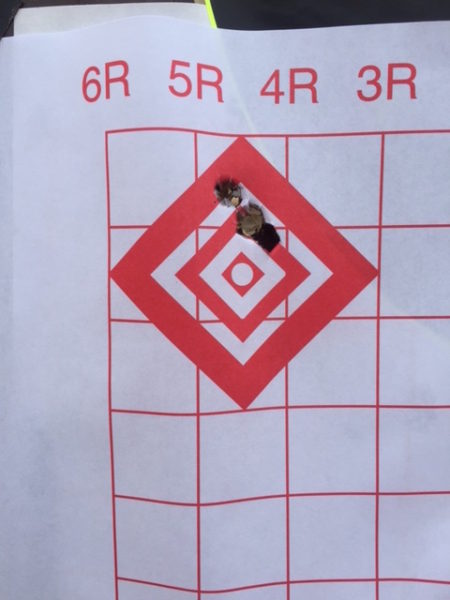 All groups were well under a 1/2 inch. One thing I did want to see was how the repeatability was between groups with a barrel swap in between. Ran through about five cycles of shoot three, let the rifle cool for a minute, remove and reinstall the barrel and shoot another three. Below is a  pic of six rounds with three shot, barrel remove and reinstall and another six rounds. 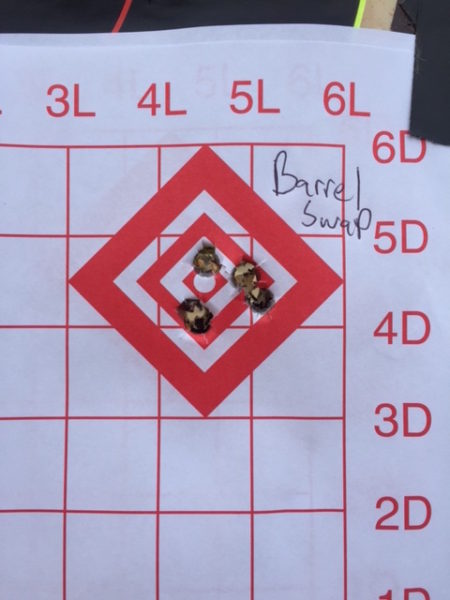 The above pic is representative of what all 5 groups looked like. At no point during the barrel swap did the point of impact differ so much as a couple clicks on the scope wouldn’t bring it back to the original point of impact. In a state where a long shot on a deer could reach 300 yards I wouldn’t feel uncomfortable if I had to pull and reinstall the barrel in the field before having to take it hunting.

After the work at 100 yards it was time to take it out to distance. There’s berms at 250,500,750 and a 1000. Put 20 rounds each at 250 and 500 keeping all rounds on the 4 inch plates. Fired another 20 on the 10 inch plate at 750 and only had to make a .3 vertical adjustment on the scope from what the kestrel said. After that it was onto the 10 inch plate at 1000 which required a .5 mil adjustment from what the kestrel said. Even with a 16″ barrel all groups at the longer ranges were consistent with misses being easily attributed to the super shifty winds at my local range. There’s intermittent berms that run down the left side of the firing line and with the wind varying from about the 10 to 7 o’clock it can make for some super funky wind.

I have to be honest. Desert Tech describes this as a compact and maneuverable sniper rifle. There have been plenty of reviews and forum posts on these rifles describing their accuracy, so the range work on the fixed distances wasn’t really what I was looking forward to. The field and positional stuff is what I was looking forward to. So it was off to range number two. This one is a semi abandoned rock quarry with a range of 500 yards. There’s plenty of piles of large rocks and room to move around. 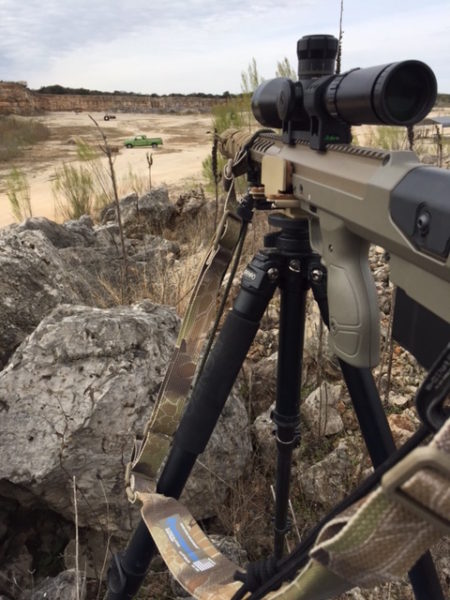 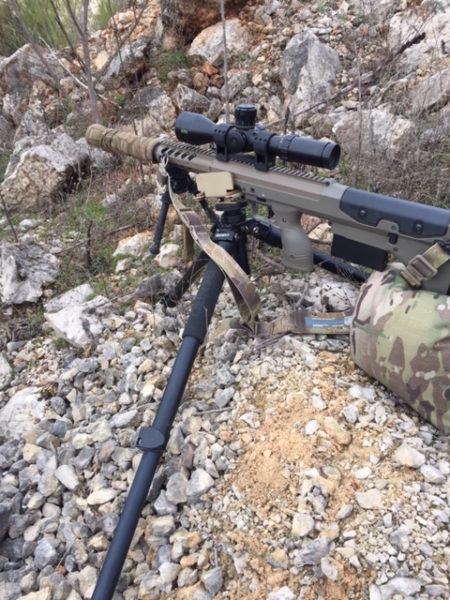 So I got to spend the day crawling around rock piles with the rifle and a tripod. This where I got to really get a feel for the basic functions of how the rifle works. Being a bullpup design the bolt handle sits much farther back than where it normally would and of course the magazine is well behind the firing hand. None of this hindered manipulation of the bolt or mag changes. Balance of the rifle on the tripod was even with very little of the normal wobble I have. Maneuverability is a definite plus to this rifle, even with a 9 inch long suppressor the mundane tasks of getting in and out of trucks, tree stands and walking through the scrub brush of south Texas was no problem. 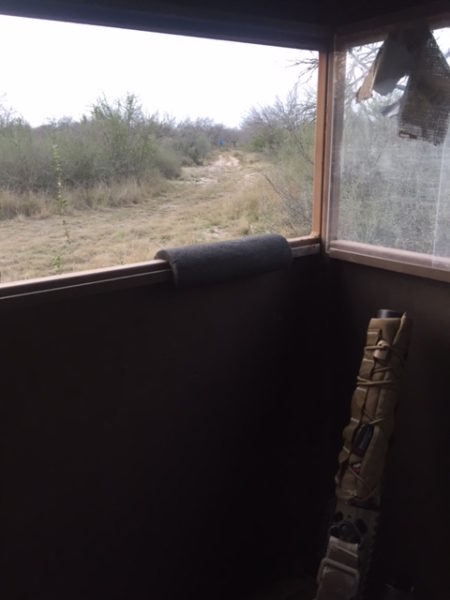 The Covert is one very capable rifle. It easily bridges the gap between easily portable hunting rifle and accurate long distance rifle. The versatility provided by the quick change caliber design can cover the breadth of hunting rounds to 338LM extreme long range all while using the the same scope. With the barrel extensions available for your gunsmith to spin up a custom barrel and even a conversion kit for .223 training the Covert from Desert Tech can cover a lot of needs in one rifle.