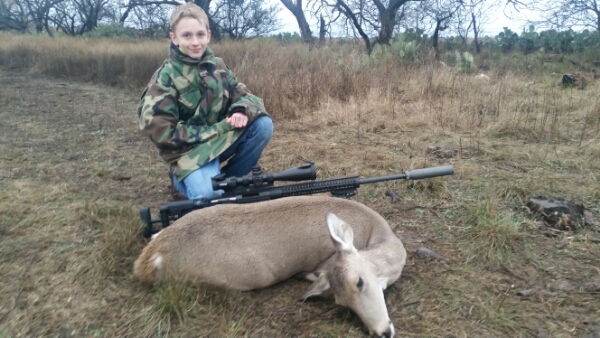 I want to start out by saying that I really did not want to like this can for a variety of reasons.  I fully expected this can to be one of those that I used for a short time and returned it without a glowing review.  In my short time as a product reviewer, I have had few thing sent to me where my first impression changed to something that I liked….a lot.  This can was one of those things.  The silencer came packaged in a large plush box that is not just cardboard with all the documentation inside and in such a manner that lets me know some thought went into the packaging.  I’ve had a few things recently that were packaged nice such as the Ruger Precision Rifle, the Steiner T5Xi 5-25×56 and T5Xi 1-5x scopes.  But a silencer with some attention to detail is nice.  The can is ugly to me and the attention to the packaging was a nice touch, but how did it perform? 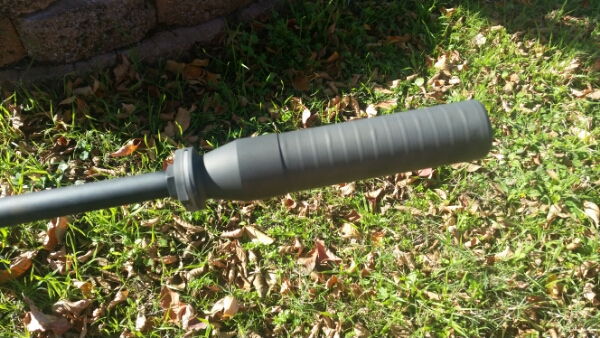 The mount on the Sig Silencer is my biggest complaint and the most attractive thing about this can feature wise.  Simply rockset the mount to the rifle without the need to time it or use shims, then time the brake using a crush washer.  The brake or flash hider is threaded into the mount and separate from the part of the mount that indexes to the mounting portion of the silencer.  This is a clever way to have a brake that is easy to time, and should you decide to use a flash hider it’s easy to replace without having an effect on the can or POI.  The silencer threads onto the mount and then locks in place.  It locks very solid and the audible click lets you know it’s snug.  To remove the can, just simply depress the lever and unscrew it from the muzzle device.  This super simple design has minimal moving parts and looks like it should last the end user for years to come without failures. 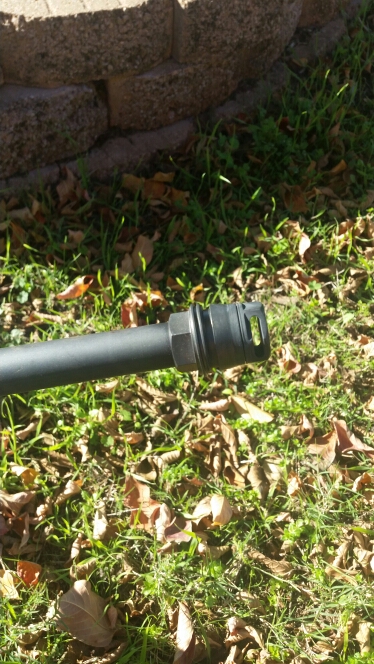 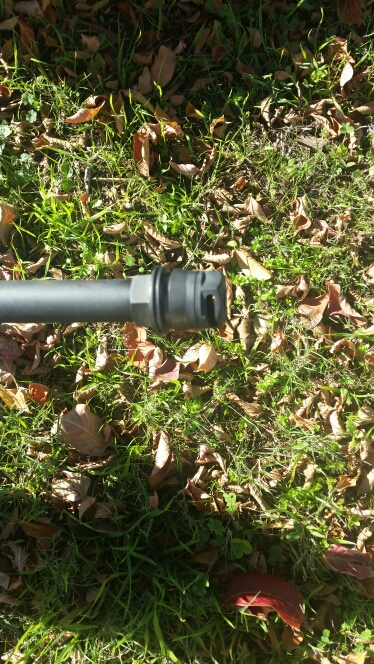 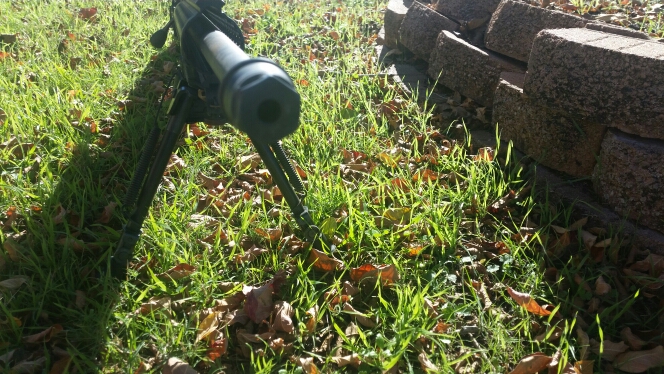 The down side is the lack of cross compatibility.  You can use a 7.62 Sig QD can on a 5.56 rifle, but you have to use the 7.62 specific mounts.  A 7.62 Sig Silencer will not attach to a 5.56 Sig Silencer mount even in the same family.  So, for those looking to buy a 7.62 can and then the 5.56 later, you’ll have to change all your mounts when you do this costing even more money.  I think this was very short sighted on the part of Sig and hope that in the future they can make that change.

I mounted this silencer on a Ruger Precision Rifle in 6.5 Creedmoor and then handed it to my 11yo son and said he could go kill something with it.  Making short work of it, he hammered a doe in West Texas at 110 yards and she dropped in her tracks.  On paper the can showed minimal POI shift from a zero with no silencer to having the silencer on the gun.  The groups with the silencer on seemed to be around the same size as without it and the sound was very quiet.  Even with the smaller projectile of the 6.5 Creedmoor the 7.62 can was very quiet and useful.

The Ruger Precision Rifle is quite the heavy gun, so the Sig can being a Ti model was very welcome and handy.  It was not heavy and yet I felt confident that even rolling around in South Texas in the back of the beast that it would not be damaged.  The finish on the can was tested pretty harshly and it barely showed a scratch. 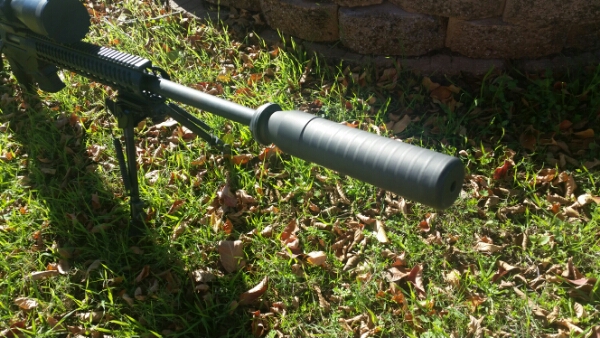 In short, this can really is a great all around can.  If you are looking for something light with a lot of performance in mind, the Sig SRD762Ti-QD is a great buy.  I expected to hate this can, but I wound up liking it so much, that I am personally considering buying one for myself.  Check out the specs of this can on the Sig website here. Also, the out Silencer Shop for the best selection of cans. 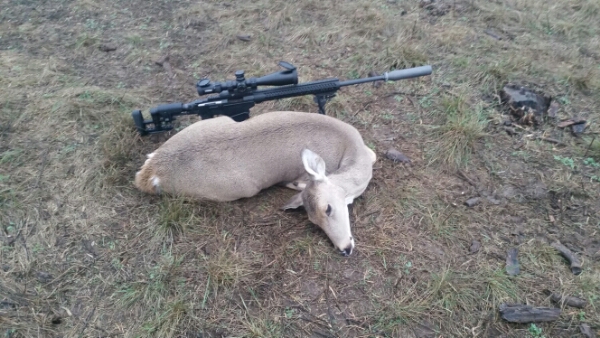