What Is Better M-LOK Vs. KeyMod?

Handguards and rails are helpful when using weapons. They are beneficial when attaching lasers, lights, foregrips, and other accessories to the firearm.

Some users do find that these attachments come with an added weight. However, there is always a balance between the benefits and drawbacks, which is why there are quite a few options for handguards and rails. 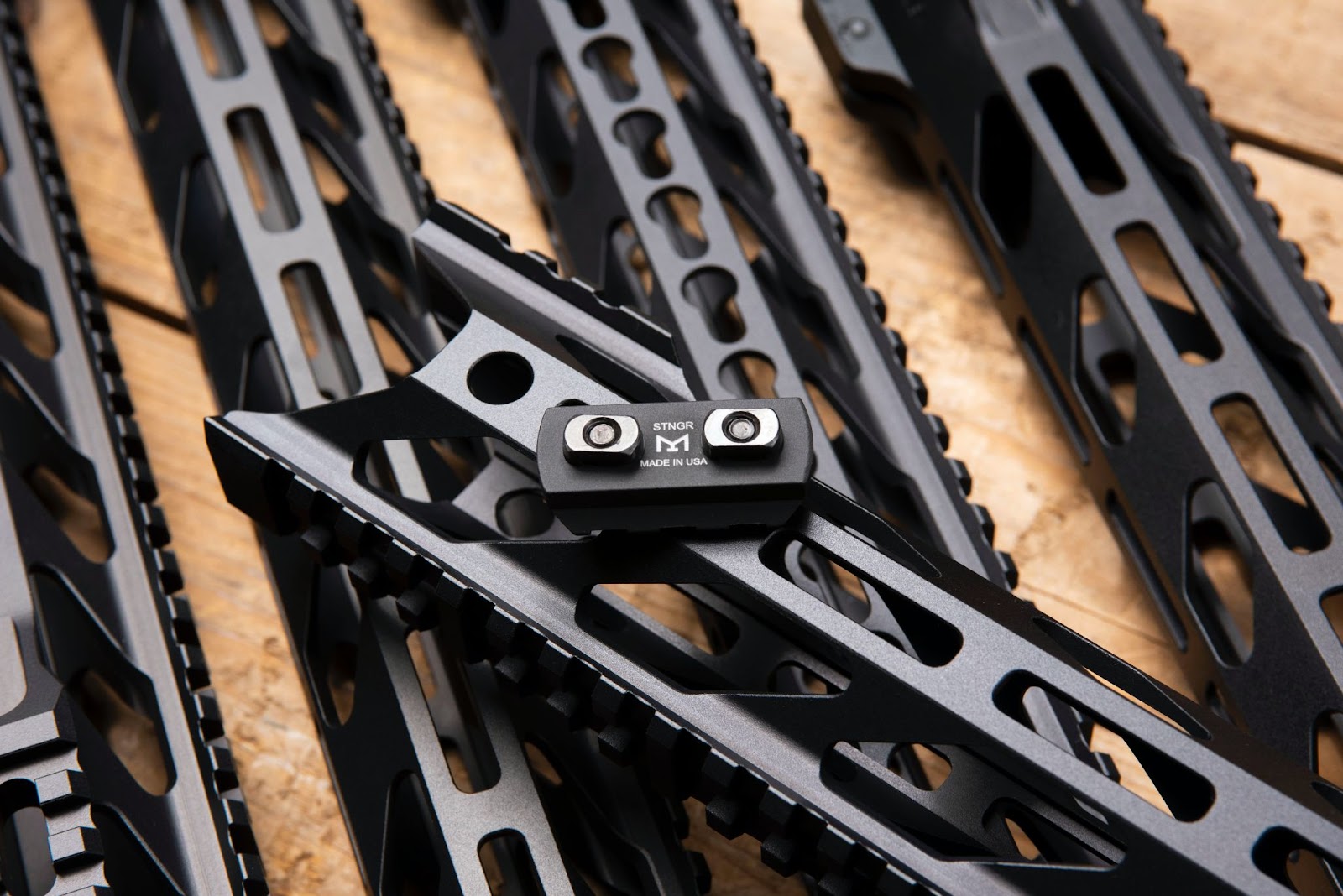 M-LOK, also known as Modular Lock, is a patent of Magpul Industries. It was introduced to the market in 2014. The M-LOK allows for direct attachment of accessories, similar to the KeyMod.

However, Magpul Industries worked on a design that functioned well with non-metal mount surfaces. It is because their polymer accessories did not go well with the KeyMod’s conical nut, which made them create the M-LOK system.

The M-LOK is free-licensed and not open-sourced like the KeyMod. Therefore, manufacturers must use M-LOK handguards and related products using the M-LOK standard once they acquire a license from Magpul Industries.

M-LOK’s origins come from the Masada, the concept rifle that Magpul helped design in 2007. It’s very popular in video games and movies and is known as the Bushmaster ACR.

The initial design of the Masada consists of a handgun with three slots on either side. These slots are what helped refine Magpul’s line of MOE rail-compatible accessories. The M-LOK was a result of this.

How To Mount M-LOK Accessories

Mounting both the M-LOK and KeyMod follows a similar process. In both mechanisms, you need to lock a nut into a slot on the rail. The M-LOK uses a rectangular slot with a rectangular T-Nut.

Here is how to mount an M-LOK accessory:

The M-LOK comes in an attractive package and looks amazing on a gun. It uses unique slots specifically designed to attach accessories with great success. These are meant for accessories made by Magpul.

One of the significant drawbacks of Magpul products was that they were not compatible with KeyMod rails. However, the M-LOK is different and uses a similar mechanism to KeyMod in locking down accessories.

The M-LOK can reliably mount accessories on its rail and keep them steady. However, the more accessories you attach, the more challenging it becomes to access the locking lugs within the rail.

It’s easier to mount accessories than to remove them. So you would find it challenging to change the placement of a hand stop or rail panel.

KeyMod came about in a collaboration between Noveske Rifleworks and VLTOR Weapon Systems. The KeyMod system was introduced in 2012 to standardize universal attachment systems.

The KeyMod design enables accessories to be mounted directly onto the rail instead of having a Picatinny rail attached hand guard. Therefore, you can mount Picatinny rails onto the handguard whenever you require.

KeyMod paved the way for all rifle and firearm manufacturers to make rails based on the same design without paying extra. It introduced the KeyMod Tech Data Package, which is open source, and thus accessible to the public.

The main objective of introducing KeyMod was to create standardized modularity, similar to the Picatinny rail, which is freely available. Therefore, KeyMod became a popular option among many firearm users.

How To Mount KeyMod Accessories

The KeyMod system follows a modular structure with mounting slots with a keyhole profile. It consists of two components; The KeyMod slot and the KeyMod nut.

Here is how to mount KeyMod accessories:

The first thing you should do is orient the KeyMod nut correctly. The backer nut should go into the KeyMod slot and protrude from the side at the bottom. It should face in the same direction as the gun’s muzzle.

The arrow in many accessories indicates the correct direction in which you should attach them.s

One of the significant advantages of KeyMod is that it is very lightweight. Many people like this feature in KeyMod rails. The slim and light rail offers a good grip on the handguard.

KeyMod rails are also compatible with a wide array of accessories without compromising on desired optics, sights, or ergonomic grips.

KeyMod provides a fast and secure locking method. It is also very popular among users as it is open-sourced. 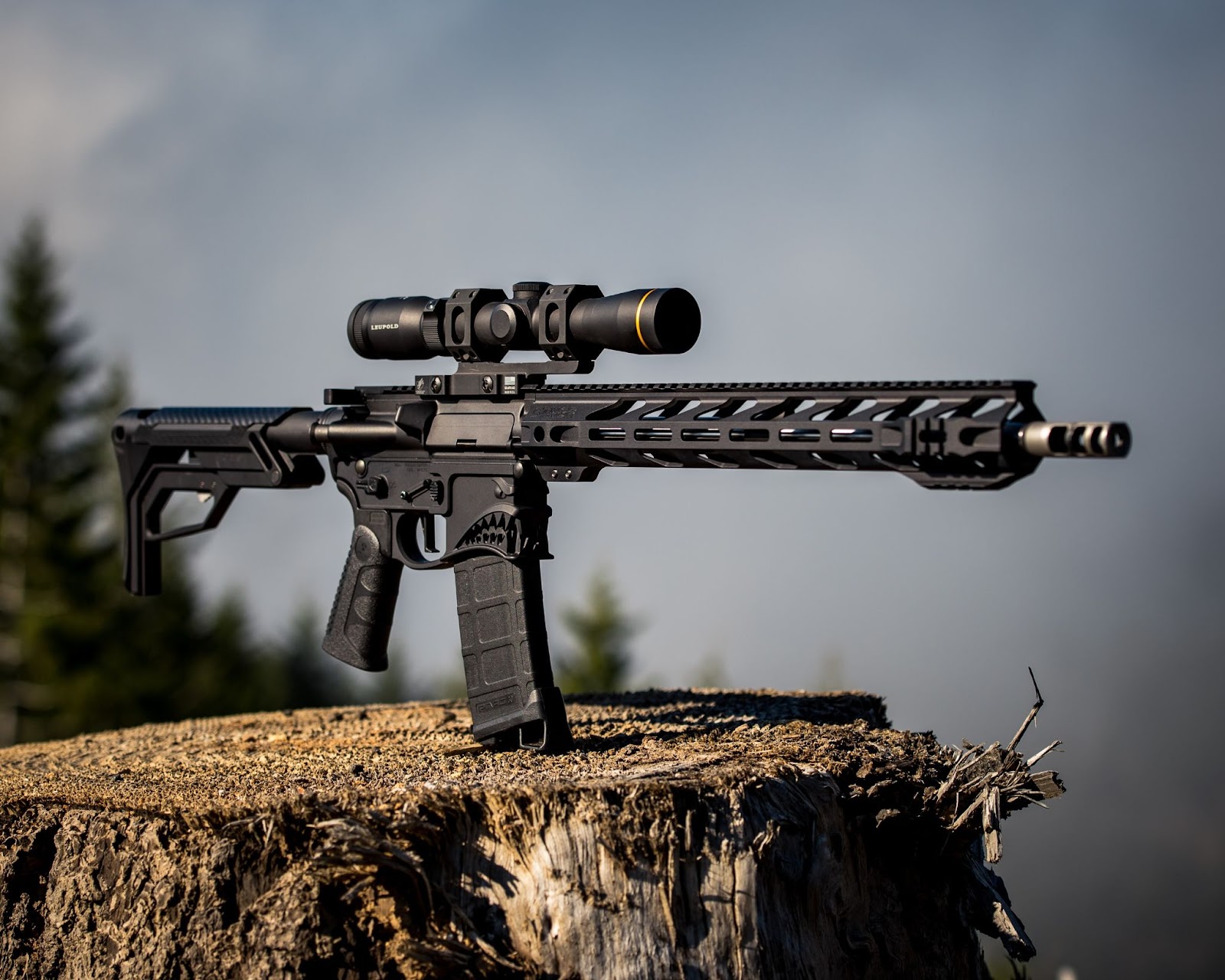 What Is Better M-LOK Vs. KeyMod?

The United States Special Operations Command (USSOCOM) put the two types of rails to test to compare them against each other. The test compared the two in terms of endurance, repeatability, rough handling, drop testing, and failure load.

M-LOK requires the least amount of MOA shift when removing and putting back an accessory rail with a laser sight.

Therefore, M-LOK was determined to be more suitable for use in military operations such as Advanced Sniper Rifle programs.

However, that doesn’t mean that KeyMod is not feasible outside of military applications. Both mounting systems have pros and cons, but the M-LOK remains more popular due to the above reasons.

Both these systems have benefits and drawbacks, but the M-LOK is a clear winner in use in advanced and military applications.

Do People Still Use KeyMod?

Although M-LOK is more popular, millions worldwide use the KeyMod mounting system. It is open source and is freely available to everyone.

The M-LOK is more popular and beats the KeyMod mounting system, especially in military applications.

Does The Military Use M-LOK?

M-LOK is the most commonly-used mounting system by the military.s

M-LOK rails have better functionality and form compared to KeyMod.

Tactical Gun Review, along with Texas Outdoors Network, is published by Michael Coker and Charles Coker.

Tactical Gun Review and Texas Outdoors Network are published by Michael Coker and Charles Coker.  We grew up in South Texas hunting and fishing with friends and family. As a kid, nothing was better than sitting around a campfire with our Dad and Uncles. We strive to carry on that tradition.