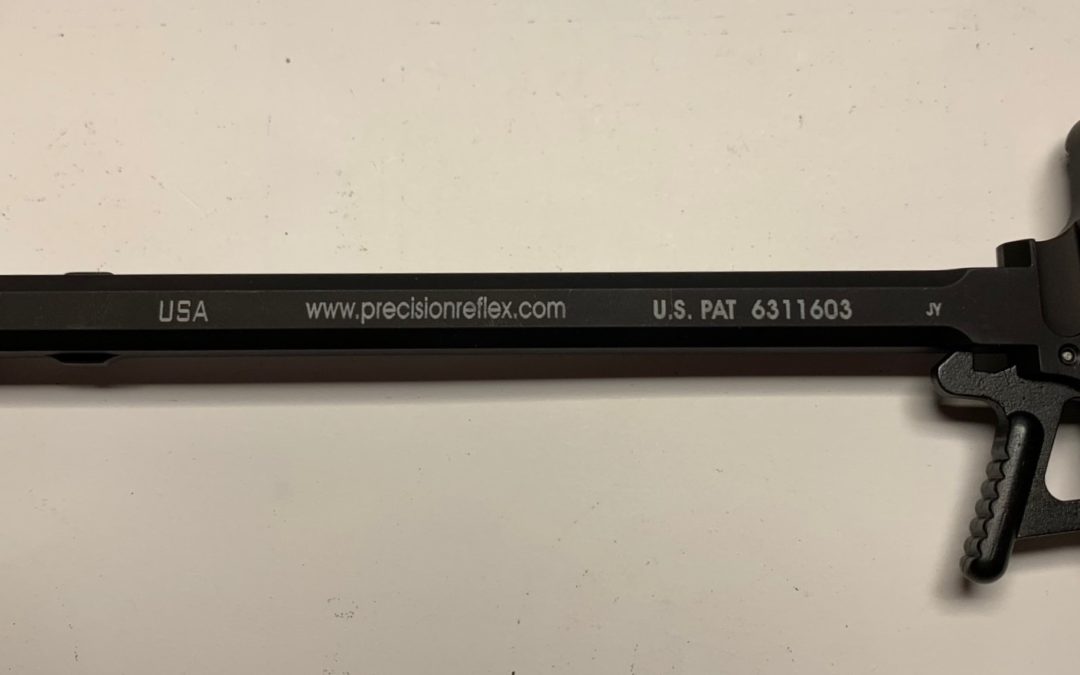 The Precision Reflex Gas Buster Charging Handle is first and foremost a high quality upgrade over the typical AR-15 charging handle. It is a worthwhile investment to any build. Where it really shines of course is to deflect gas and grit away from your face when running a suppressor. A suppressor creates additional gas blowback. The Gas Buster deflects much of that gas, along with the oil and grit, away from your face and towards the right side of the weapon. I run a Gas Buster on all of my AR-15s. And I operate with a suppressor 99.99% of the time. The Gas Buster is a no-brainer.

The photo above shows the PRI Gas Buster at top along with a standard charging handle on bottom. It is fairly obvious that the Gas Buster is more substantial.

The Gas Buster Charging Handle is available in several configurations including a choice of latches and colors. Personally, I usually install the Combat Latch (which is pictured above). Reason being is that it is exceptionally easy to manipulate.

The photograph above is of my 6.8 SPC SBR built around an 11.3″ Wilson Combat stainless match barrel. Optics are a FLIR thermal at night along with a Trijicon 1-6 during the day. As you can see, the Trijicon is aligned to the rear of the upper receiver. A standard charging handle is sometimes awkward to grab hold of under the scope. The Combat Latch is a superior upgrade and is, well, awesome.

The only negative I can think of is that the Gas Buster is not ideal for left-handed shooters because the gas is diverted to the right. Probably still better than standard though if shooting suppressed.