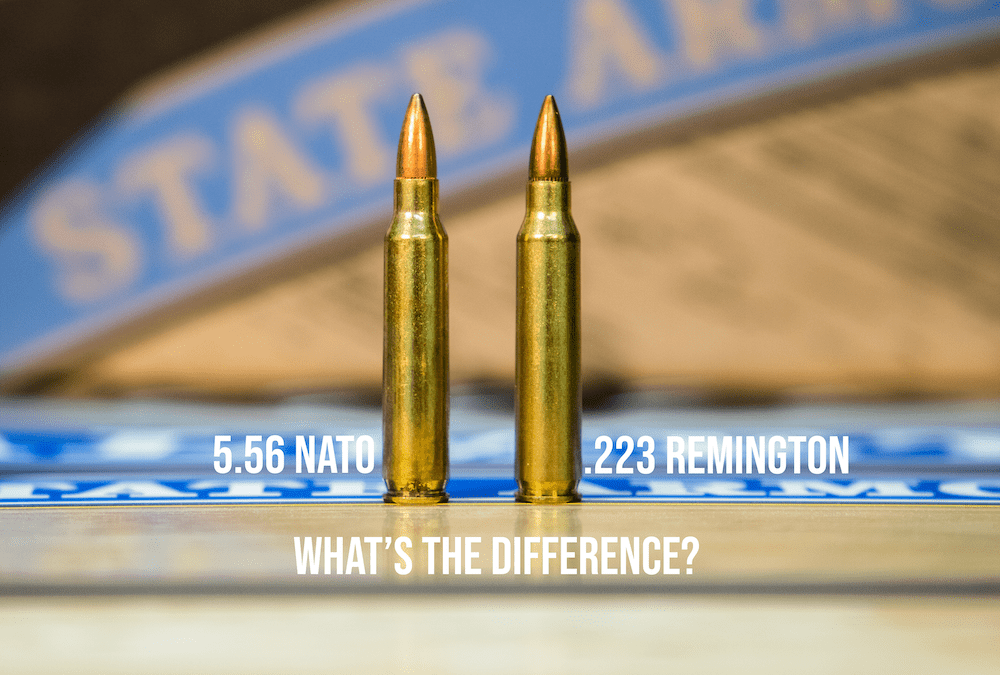 Notice a difference? Not really.

They’re the same size. They look very similar. But there’s a HUGE difference invisible to the eye:

It may not blow up this bad, but man…this is BAD.

The .223 chamber’s simply not built for THAT much power.

The AR-15’s of Today Are Different

Gun manufacturers caught on. They no longer offer AR-15s in a .223 Remington chambering.

However, that’s no longer the case. But despite that, people still talk about the magical…

People say this cartridge is the ‘Goldilocks cartridge’ of the .223 and the 5.56.

The .223 Wylde is like Moaning Myrtle from Harry Potter. Not real.

Sure: Bill Wyde designed the chamber…but it was never really used in real-life. So let’s put an end to this ‘.223 Wylde’ cartridge. It’s never been a thing.

As a quick recap, here’s a table to summarize the compatibilities:

They’ll throw in words like ‘trajectory’, measurements, and talk about ‘muzzle velocity’. Ignore all the mumbo jumbo. Just look at the table above. That’s it.

Now that you understand the difference between te .223 vs 5.56, which one will you choose?

Either way, let me know in the comments down below.

Richard Douglas is the founder of Scopes Field, a blog where he reviews the best scopes and guns on the market. He’s been featured on various magazines and publications like NEWSREP, ODU Magazine, Boyds Gun Stocks, Burris Optics, JPFO and so much more.

Tactical Gun Review welcomes Guest Posts from Consumers, Media Members, Gun Writers, and Bloggers.You can add your review through the "Join In" link at the top of the page or through the Contact form. Share your passion today!!!