Shoot Like a Girl: 7 Reasons to Get Your Daughter Involved in Shooting Sports 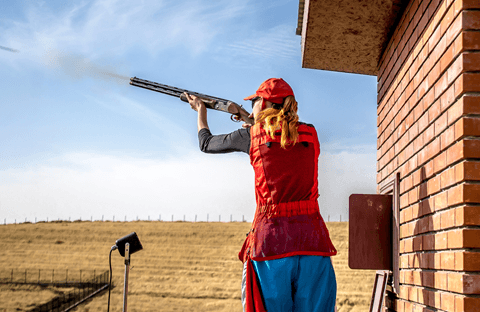 Think of shooting as a male-dominated sport? Think again! Thanks to trailblazing markswomen like Margaret Murdock and Kim Rhode, women are as active—and as impressive—as the guys when it comes to wielding a shotgun. But, of course, it wasn’t always that way.

Women weren’t invited to shoot in the World Shooting Championships until 1958 (the event was first hosted 60 years prior), but it didn’t take long for them to prove that they held as much promise in the discipline as their male counterparts. When the skilled markswoman Margaret Murdock took home a three-position silver victory (while competing against men) at the 1976 Olympics, she inadvertently paved the way for women’s shooting in the future of the Olympic Games.

Six-time Olympic medal winner Kim Rhode also helped blaze a trail for women in the sport—during the 1996 Olympic Games, she became the youngest female gold medalist in the history of Olympic shooting. After women’s skeet and trap shooting were added to the Olympic lineup in 2000, Rhode went on to crush the competition in those arenas in the subsequent games. As of this year, four women—Murdock, Launi Meili, Ruby Fox and Pat (Spurgin) Pitney—have been inducted into the USA Shooting Hall of Fame.

These skilled athletes have helped to drum up a whole lot of interest in female shooting sports, and today there are hundreds of women-only sport shooting events held annually for both youth and adult participants. According to a 2016 study, about 38 percent of student athletes in the Scholastic Clay Target Program (SCTP) are female. Here are some of the benefits of this sport that make it so desirable to young women, and their parents, throughout the country.

By and large, sport shooting is considered very safe for participants at any age. According to a study from American Sports Data, Inc., trap and skeet shooting have an injury rate of 0.4 injuries per 100 participants. That’s remarkably low, especially when you compare it to the numbers associated with other sports—the rate being 18.8 for football, 15.9 for ice hockey and 9.3 for soccer. Most of the injuries that occur in shooting sports are strains and muscle tears and are not weapon-related.

How to Get Your Daughter Involved in Shooting

Ready to take your daughter to the range but not sure where to start? The good news is that there are a variety of events, clubs and resources developed just for female shooters (this list is helpful for finding local options) that you can reference when introducing your daughter to the field. But before you go entering her into competitions, make sure she’s interested. Spending a day at the shooting range is a great way to help her test the waters.

Tactical Gun Review welcomes Guest Posts from Consumers, Media Members, Gun Writers, and Bloggers. You can add your review through the "Join In" link at the top of the page or through the Contact form. Share your passion today!!!