Silencerco Salvo – Is it worth it? 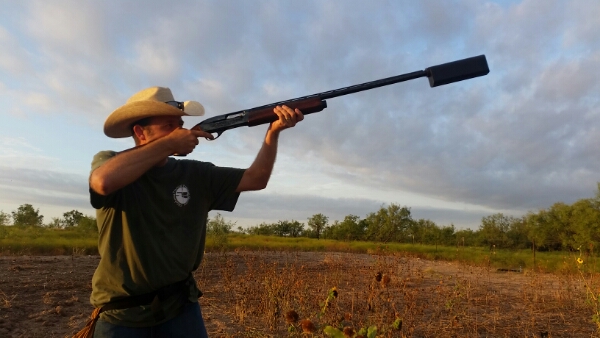 With movies making silencers out to be tools of an assassin like the move ‘No Country for Old Men’, our not so friendly liberal left has ammunition to keep the legislation of deregulation off the table.  The stigma attached to some of these items is hard to overcome. Not to mention the fact that silencer technology had been slowly creeping up until the last few years. Recently we have seen an explosion of silencer technology from a large number of innovative companies such as Silencerco.  They have released a good number of industry firsts and there seems to be no slow down of that trend for them. One silencer that I’ve been itching to try is the Salvo.  A 12ga shotgun silencer that attaches via a choke tube adaptor. I managed to spend the weekend at my annual West Texas Dove Hunt using one and my impressions are positive.


Let me dispense with the negatives before I go through my weekend. The Salvo adds a considerable amount of length to the gun, which I initially did not care for. Also, the can isn’t heavy however, the added weight on the end of a lightweight field gun is noticeable.  After 3 days swinging it, I was surprised that it’s weight made a little difference in my reaction times.  The choke tube mount is also wider than the barrel and made going into and out of a gun sock difficult as it would snag it, not that it’s a big deal.  The most significant issue I had is that the can is taller than the front sight on my vent rib barrel, this took a good deal of getting used to.  It made shots on birds coming at me or at angles requiring less lead hard because it obstructed the bird.  I was pretty successful on swinging shots, but I definitely needed some practice. 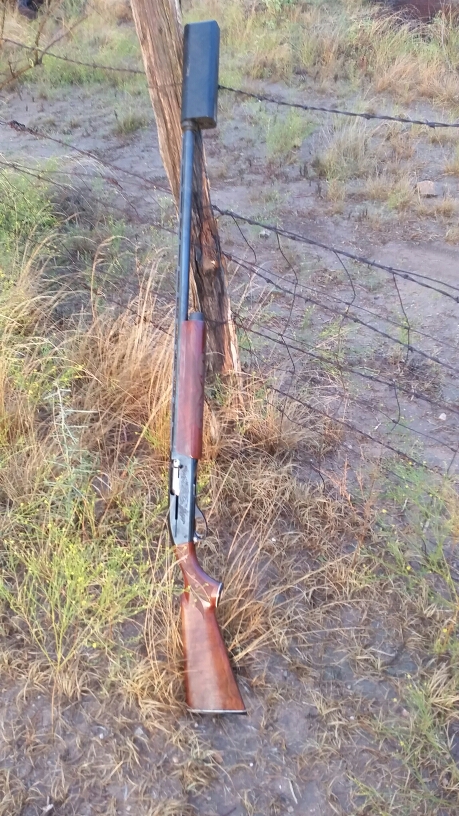 My shotgun of choice was my trusty Remington 1100 with a 26″ vent rib barrel that uses Remington chokes.  This gun is well used and I’ve owned it for 18 years.  It was made in the 80’s I believe and has served me well.  It’s pretty flawless with most ammunition and has taken a lot of birds over the years.

This trip I used Remington, Winchester, and Federal ammunition.  All 7 1/2 shot, 3 1/4 – 3 1/2 dram 1 1/4 oz loads. The Federal was high brass and a little stiffer to shoot. And I should note that last year I had some issues with the Federal loads and had the same issue this year. All other ammunition I used shot like a champ and all seemed consistent.

Mounting the silencer was pretty easy.  Just screw in the choke mount that will be the appropriate size for your application, a full choke was what I used, and using the supplied wrench make it tight.  Then put the can on and screw the ring tight timing the silencer so it’s flat portion is level with the vent rib.  Again using the supplied wrench make it tight.

This was much easier than I thought it would be and was self explanatory.   I expected the can to come loose throughout the day and much to my surprise it simply did not.  I made it come loose once checking it but that was a simple fix.  I brought the necessary hardware to change the length of the can from 12″ – 6″ but it was in the 8″ configuration when I received it. This turned out to be optimum for me for a variety of reasons. I had fired a Mossberg 590 with the 12″ Salvo before and found it to be quieter, but the added length on a bird gun was not welcome. The 8″ configuration on my 1100 was louder than the 12″ I had previously tried so I didn’t want to sacrifice any more sound reduction for a shorter overall length. 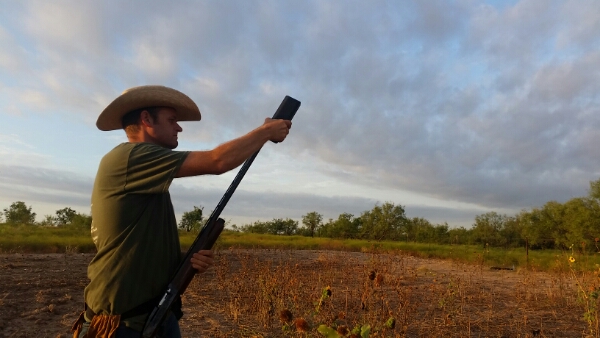 Now for the meat and the potatoes.  Is the Silencerco Salvo worth it?  ABSOLUTELY!  I spent the weekend with this can and put no less than 4 types of ammo, a total of around 200 rounds through it.  My ears never rang, and I could hear when the empty hull hit the ground. I gave it to several old school hunters who all scoffed at it initially, but after standing next to them and shooting a bird or 2, they all seemed to like how polite it was. Even my dad got some use on it and liked it a lot. 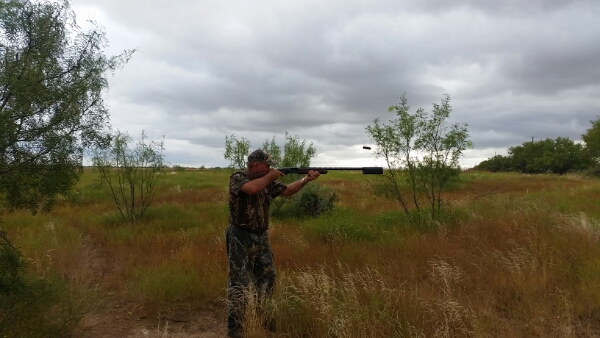 The Salvo quickly became something I enjoyed using and the added weight and length wasn’t a big deal after shooting for awhile. The cool factor with this is pretty high and it generated a lot of buzz.  Our friendly Texas Game Wardens stopped by and before they could get out of the truck they were asking questions about it.  They politely declined to shoot it, but both were impressed with the weight and sound reduction.

After a good weekend discussing the Salvo with a LOT of seasoned hunters, both young and old, I am determined to add one to my safe. Dove hunting with it was good, but some would dislike the added length. I think the Salvo is a needed accessory for a Turkey and Waterfowl hunter. The recoil reduction would be nice for those 3″ and 3 1/2″ magnum loads and the dogs would appreciate the break on their ears.

No matter what, I think the Salvo is worth the current asking prices most shops offer.  It’s an innovative design and modularity is second to none, not to mention it’s the only one commercially available. If you are a hunter and on the fence, the Salvo is certainly worth it to me 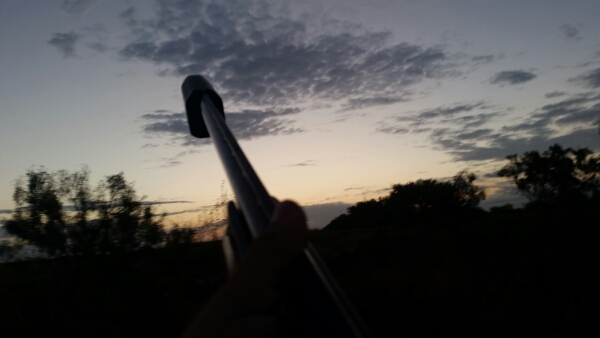 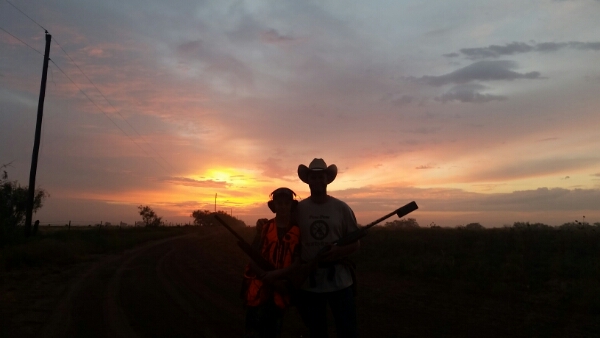 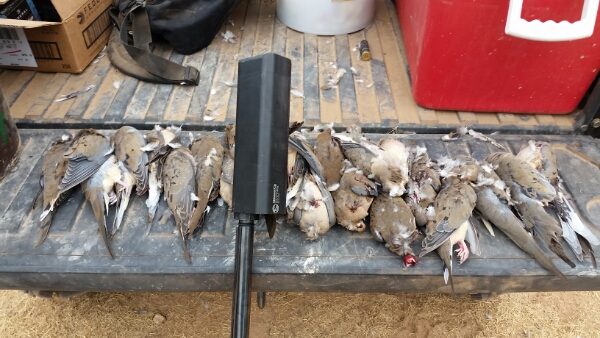 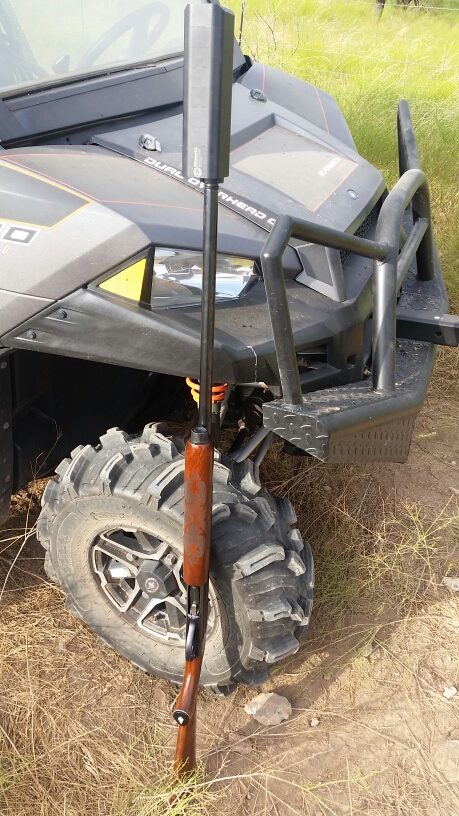 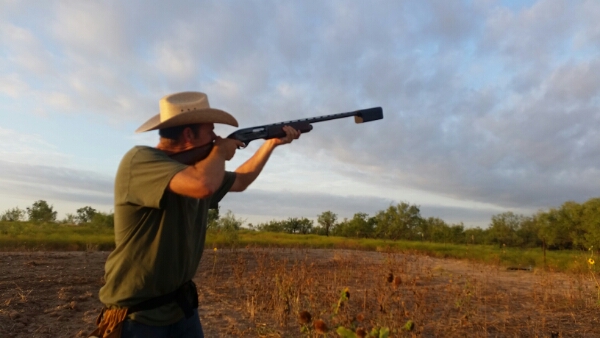 Tactical Gun Review and <a href="http://www.texasoutdoorsnetwo