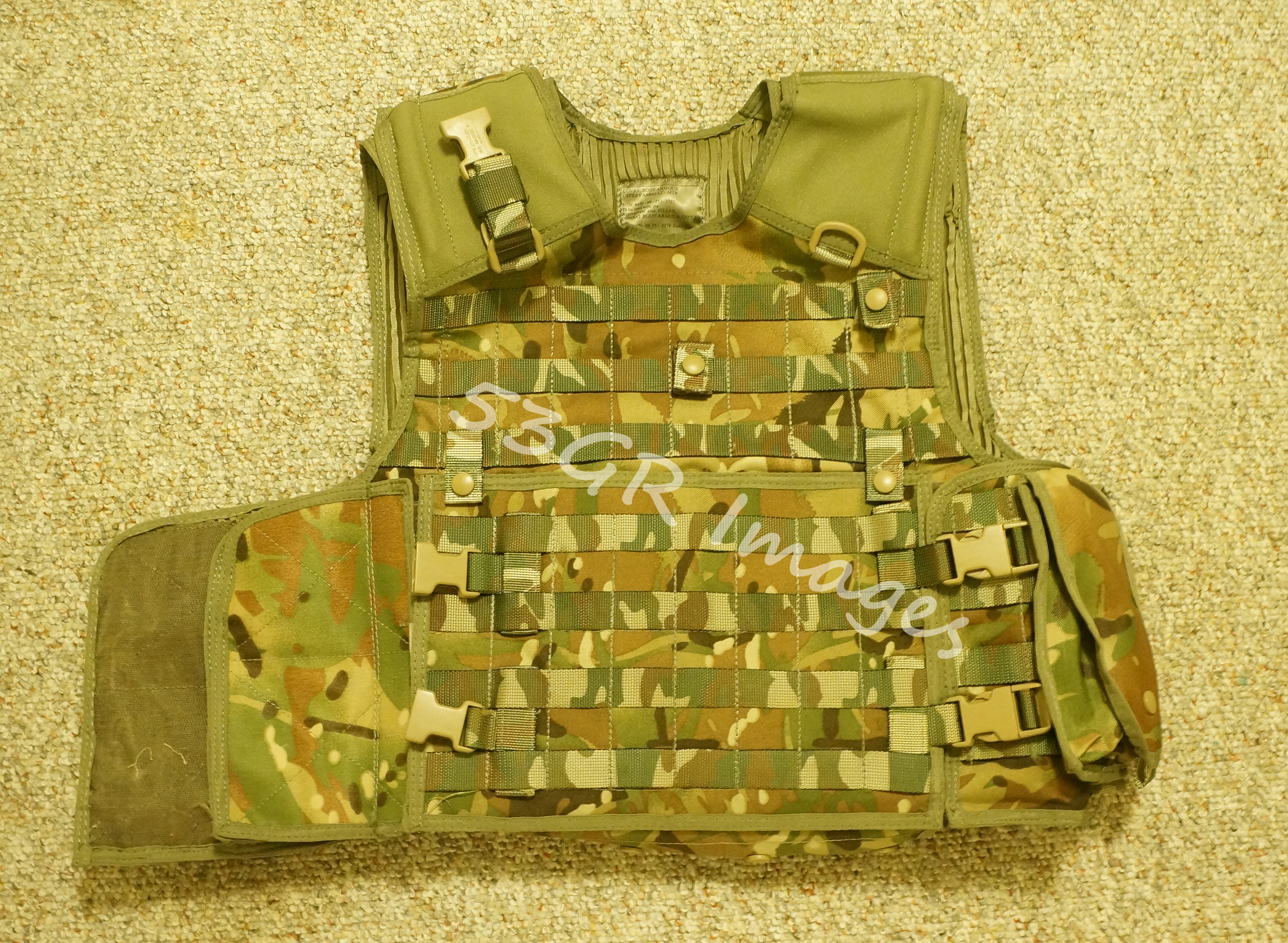 If you’re in the market for a plate carrier, you have a lot of choices in today’s market. For those who want a great package on a shoestring budget, I heartily recommend the Osprey Mk4 plate carrier.

I first saw the Osprey line of body armor in Basrah, Iraq. At the time I was sent down to that base, it was still run by the British as COB Basra. Of course, at that time, the British were wearing the Osprey MKII carrier, which is in their desert camo pattern. It was far from ideal, and Her Majesty’s Armed Forces have made several improvements. The current model, the Mk4, is available for you to purchase from Keepshooting.com.

I’m a huge fan of this carrier, but it’s not perfect. In the spirit of pessimism, let’s look at some of the problems with the Oxprey Mk IV and some possible solutions. 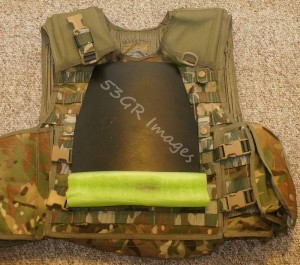 Osprey MK4 carrier with 10×12 inch BulletproofMe steel plate. The carved-down pool noodle at the bottom helps raise the plate up to a suitable leve.

Armor Plates – British armor plates have very different dimension than SAPI plates. Consequently, fitting SAPI-cut plates into the carrier becomes an issue. However, this can be overcome by a method which I call Dollar Store Tactical (full article on this concept to follow).

I bought a foam pool noodle at the dollar store (yes, for a dollar). I then sliced id up into sections about 10-11 inches long. I squared off the sides, left the bottom untouched and put a slid down the top clear through to the hollow interior. I then placed the bottom of my plate into this spacer and inserted it into the Osprey MkIV. The pool noodle pushes the plate up to a proper level.

Not only does this enable me to wear the plates at a proper level, thus covering my upper thoracic cavity, including the large arteries and veins above the heart, but it means that I can wear my battle belt (an HSGI Suregrip) in conjunction quite comfortably. Since I want most of my equipment on my waist, instead of on my chest (where it’ll press in on my ribcage), this is an ideal setup.

Quality – I’m not going to knock the quality of these carriers. However. there are a few threads sticking out here and there. In addition, I’ve noticed that the pictures of UK Forces in combat show a slightly different version of the Osprey Mk IV. The version they wear tends to have webbing on the left shoulder, which the carrier I purchased does not.

This isn’t really a big deal. In fact, I’m guessing that these armor carriers were slightly off-spec, and that’s why we’re getting them at such ridiculously low prices.

With that, let’s look at some of the many fine points of this purchase:

Pattern – Multi Terrain Pattern is the British equivalent of Multicam. The limeys, finding that their Desert DPM camo didn’t work quite so well in the mixed enviornment of Afghanistan, decided they needed something better. Multicam seemed like a good option, but Her Majesty’s Armed Forces wanted their own flair. So, a compromise was reached when Crye Precision made a version of Multicam which has the traditional curves and shapes of British Disruptive Pattern Material. Interestingly, it seems to me to be a bit brighter than Multicam, though that could just be a trick of the lighting. I like this pattern, though I will be darkening it with a bit of spray paint here and there to match the temperate climate in which I live.

Pouches – Before we even get into the carrier, let’s look at the pouches. It comes with four double-mag pouches (for AR Mags, and will fit wider PMAGs), three single mag pouches and two flashbang grenade pouches. The combined value of these pouches almost exceeds the price of the whole package. I can’t really overstate this enough. If you’re getting into the whole minuteman/civilian rifleman concept, this is an excellent beginning purchase. You can put three or four  of the double mag pouches on your battle belt, a couple of single mag pouches on the left side (assuming you’re right-handed) of your armor, and still have pouches left over. A single mag pouch can even be used as an impromptu pistol holster. I don’t really recommend it, but the flap secures via Velcro and a button snap, and will hold a full-sized handgun (like a P226) rather securely.

I personally don’t put pouches on the front of my armor anymore because it can make crawling (or climbing over a wall) very difficult.

Additional Armor Accessories – The carrier comes with two types of armored collar, brassards (upper arm protectors) and shoulder panels (which go behind the arms. You can purchase armor for these add-ons at Keepshooting.com for a very reasonable $60. I didn’t bother with them, as I was treating the MK 4 as a plate carrier, rather than a full-on armor carrier. I want to keep things light.

The D-rings at the shoulders are particularly useful. I have attached a side-release buckle to the right shoulder, allowing me to clip my carbine directly to my armor.

Modularity – This armor carrier can be set up in several different ways. Most common is to have the two cummerbund sections attached in the rear and attach to each other across the front of the belly. I tried this, but didn’t like it. I want to be able to slip into the armor quickly. If I have to grab the two cummerbund wings after throwing the whole thing over my head, I feel like I’m flailing. And the wings can flap everywhere. Not something I like. I’d rather have the left side already closed, the right side open, and simply slip into it sideways and only have to buckle the right side down.

Therefore, I used four T-Bars (2 on each side) to secure the small flaps on the side to the front. I stripped out the internal band assembly (similar to that found in the IOVT), as I felt it was unneeded.

The front of the carrier is covered with the loop side of Velcro. An Operations panel is provided, which is part of the Light Fighting Order configuration. It has four rows of PALS webbing, with eight columns, each column having a space in between. It attaches to the carrier via hook Velcro and two snap straps located at the top corners. With this in place, you can attach the rear wings of the carrier to the front via Velcro, though I’ve also used T-Bars to add stability.

T-Bar Straps/Buckles – Even though they didn’t invent PALS/MOLLE webbing, the Brits have come up with a pretty ingenious way of attaching additional kit to you armor. These innovative straps attach to MOLLE via T-shaped pieces of reinforced webbing. With these, you can hang a hydration carrier on the back of your armor. Alternately, it’s possible to use them to attach your battle belt to the bottom of the armor carrier, making it one integrated system.

I’ve forgone that particular configuration. Instead, I’ve used some of the smaller T-Bars (along with some 550 parachute cord) to attach a length of painted camo netting to the top of my SureGrip battle belt, in the manner that bedrolls were worn on webbing circa WWII. The uses for these T-Bars are almost limitless.

If you’re in the market for a plate carrier and you also need some ammo pouches, I highly recommend the Osprey MK4 armor carrier.